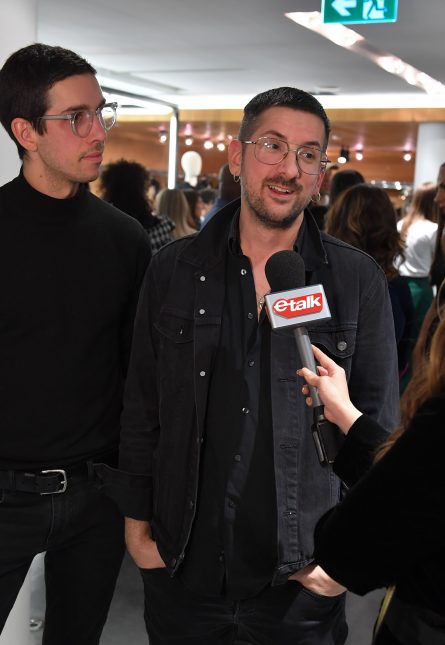 The S/S18 collection, which St-Jacques says was inspired by “pirate fleets taking on the Spanish Armada,” features plenty of statement stripes, ruffled blazers and delicate lace-adorned power suits, which shoppers, including Handmaid’s Tale actress Amanda Brugel, pored over during the shopping event.

“It’s really great to be able to juxtapose a show with a retail experience,” Bélanger told Glen Baxter during a Facebook Live video of the event. “Too often shows are followed by just claps and we go home. We want to have the feedback… we want to hear from the customers.”

TNT founder Arie Assaraf says partnering with designers such as UNTTLD is all about creating a good experience and story for everyone involved.

“Because of the space [in Yorkville Village], we can actually collaborate with a lot of designers and we give them a platform,” Assaraf told Baxter.

Assaraf describes the Montreal-based design duo as “super talented, super humble” and “hard-working people [that] really want to make it.”

“I believe in them… and I love to be a part of that,” he said, adding UNTTLD will be carried at TNT throughout the whole season. “We’re actually going to do a collaboration with them. My goal is to have longevity.”