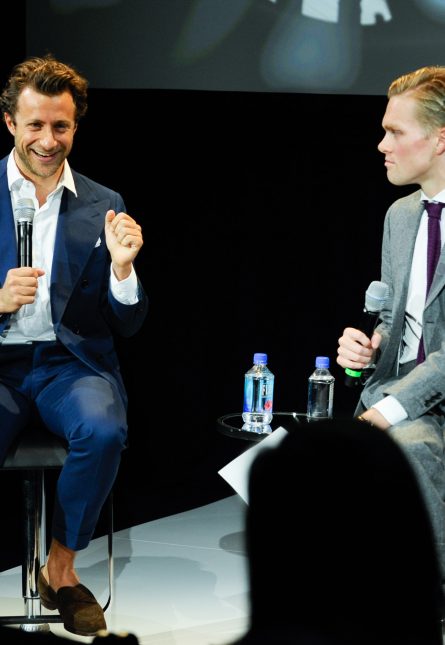 Day three of Toronto Fashion Week Reimagined brought film and fashion together with our special screening of Franca: Chaos and Creation, a documentary film by Francesco Carrozzini about his late mother Franca Sozzani. As the trailblazing editor-in-chief of Vogue Italia for nearly three decades, Sozzani was known as a fearless risk-taker who never stopped pushing the boundaries of what fashion could say, do and mean to the world.
The film explores Sozzani’s extraordinary vision and her gift for spotting creative genius. She worked with legendary photographers, including Bruce Weber, Peter Lindbergh and Steven Meisel—all of whom considered her to be the ultimate fashion editor because she gave them the freedom to create without limitation. This is rare in the magazine world because as chairman and chief executive of Condé Nast International Jonathan Newhouse says in the film, making a magazine “is not art…it’s a business.” But it was Sozzani’s sense of rebellion and fearlessness, plus her desire to say something meaningful through fashion, which elevated Vogue Italia from commercial publication to industry leading style bible, and turned Sozzani into a fashion icon.
But despite her legendary status, the film also shows a woman filled with love, lightness and genuine warmth. You see a side of her rarely seen in public: Franca Sozzani, the mother. “This documentary is really the story of me and my mother,” Carrozzini said during our exclusive Q&A hosted by Vogue arts editor Mark Guiducci after the screening. “Bruce Weber told me, ‘Make the film that only you can make,’ so that’s what I tried to do.”