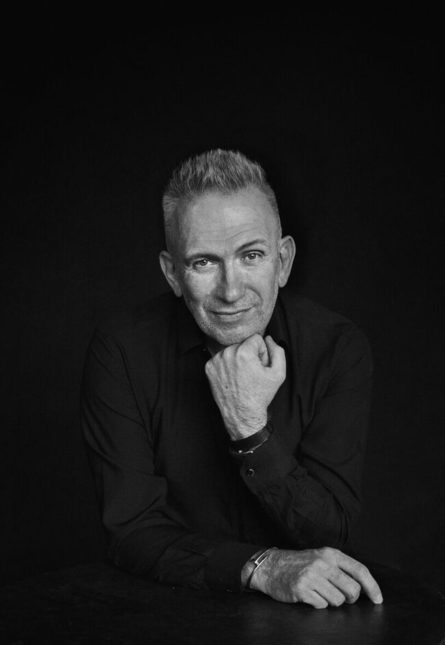 Mr. Gaultier, is one of the world’s most recognized designers. He began his career in Paris in 1970 and started his own fashion house in 1976. He has achieved insurmountable critical and commercial success. Throughout his career, Mr. Gaultier has worked in dance, music and cinema his costumes for Madonna’s Blonde Ambition Tour, including the legendary “cone bra,” have left an indelible imprint on popular culture. Mr. Gaultier will put his stamp on Toronto Fashion Week this September when he shares his insight and thoughts during an exclusive “In Conversation” presentation.

Mr. Blasberg will be joining Toronto Fashion Week’s incredible line-up as a special guest host and moderator of TFW’s speaker series. TFW’s speaker series will welcome international fashion notables to discuss the influence of fashion to their related industries. A New York Times bestselling author, Mr. Blasberg has collaborated with some of the industry’s most iconic image-makers and international celebrities. He is Vanity Fair’s “Our Man on The Street” and the host of “CNN Style.”

Toronto Fashion Week will also be hosting an exclusive screening of Franca: Chaos and Creation that will be attended by the film’s director, Francesco Carrozzini. Mr. Carrozzini provides viewers with an intimate, behind-the-scenes glimpse of his mother, Franca Sozzani, the legendary editor-in-chief of Italian Vogue in the film, delving into her creative process as well as her vulnerabilities both past and present.

Arts programming will feature a world class art and fashion exhibition presented by Yorkville Village around surrealist master Salvador Dali’s transcendent influence on the world of fashion. Titled: Dali X Yorkville Village, the exhibition will be open to the public inside the shopping centre from September 07- 30th and will showcase Dalí’s iconic sculptures together as well as select couture pieces that have been influenced by his work. This exhibit will mark the first time the legendary couture pieces have been shown in North America.

Additionally, Toronto Fashion Week® has partnered with David Drebin as its official Artistic Collaborator. Drebin, New York City-based and internationally renowned photographer and multidisciplinary artist, is known for creating epic, dreamy and sensual pieces which often contain intriguing or hidden messages. Drebin’s work will be seen throughout Toronto Fashion Week messaging and on display around The City of Toronto.

TFW’s Executive Director Carolyn Quinn and Suzanne Cohon, TFW’s Fashion, Arts & Culture Ambassador together with Cary Leitzes, Founder of Leitzes & Co. out of New York, have developed an exciting and robust schedule of programming to align with the international guests.   In addition to this curated program, Quinn and Cohon have tapped Canada’s top designer and fashion talent to show at the festival inclusive of exclusive shows as well as ticketed events open to the public.