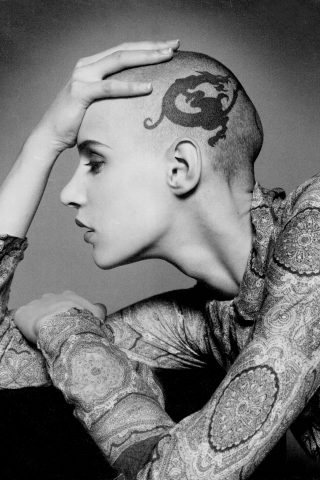 Eve Salvail is a Québec-born model, actress and DJ known for challenging beauty standards in the world of fashion with her revolutionary sense of style. One of the world’s top models during the 1990s, she’s walked international runways alongside other “supers” like Naomi Campbell and Linda Evangelista. She’s also been featured in numerous editorial spreads and on magazine covers, and is a long-time muse of iconic designer Jean Paul Gaultier. Salvail has appeared in films including Prêt-à-Porter, The Fifth Element, Zoolander and Celebrity, and been a guest expert on TV show America’s Next Top Model. As a high profile DJ, she spins at private industry events and the world’s hottest nightclubs.