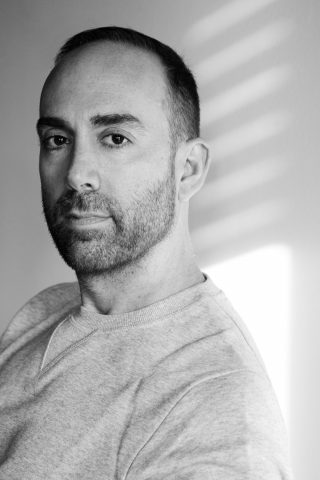 Franklin Benjamin Elman resides between Montréal and Europe, shuttling frequently to Milan, Paris and London. A native of Montréal, Canada, he is a graduate of the Rhode Island School of Design. Shortly after graduation, he relocated to Europe where he acquired a strong formation in fashion and accessory design and founded a notable collection of luxury footwear under the eponymous label ‘Elman’. Over the past 18 years, Elman has worked as a design director and creative consultant for a series of design houses including Dior, Costume National, Jil Sander and Rick Owens.

His work has been featured in American Vogue, Vogue Italia, Paris Vogue, W, Harper’s Bazaar, Vanity Fair, and Elle amoung others. Elman’s designs for Trigère have been worn by some of the worlds most stylishly iconic women, including Kate Moss, Winona Ryder, Sarah Jessica Parker and Giovanna Battaglia Engelbert.