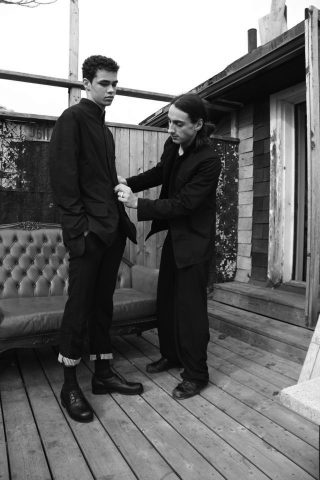 “Even if I had been made of steel I would still forever be broken.”
– Ilona Bálint

Thomas Bálint reflects on the idea of family, a source of stability and love amidst chaos. The roots of his craft run deep. His grandparents worked as tailors in Hungary before fleeing Soviet rule to Canada. It is through these reflections that the artist finds the meaning of his work. Thomas Bálint finds the joy that exists in life through painstaking labor. Each collection appropriates patterns drafted by his Grandmother who taught the young designer to put needle-to-thread. Bringing the traditions and craftsmanship of his family’s trade into this century, each creation is an homage to his heritage.