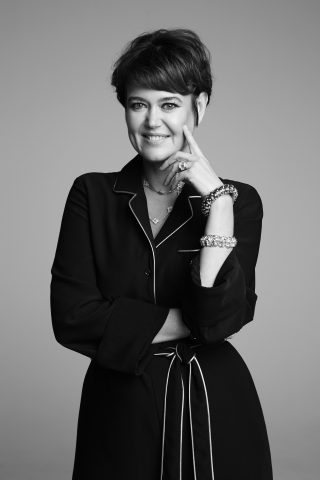 Pink Tartan is a womenswear brand founded by president and design director Kimberley Newport-Mimran in 2002. Known for its sophisticated sportswear and understated luxury, the label has established a global following, which includes celebrity clientele like Kate Hudson, Gwyneth Paltrow, Meghan Markle and Kim Catrall. A graduate of the fashion merchandising and manufacturing program at Toronto’s George Brown College, Newport-Mimran developed her keen understanding of luxury design, tailoring and fabrics when she began her fashion career working in the head offices at some of Canada’s top retailers, including Hudson’s Bay Company and Club Monaco. In addition to Pink Tartan, she has also designed chic uniforms for Holt Renfrew, Porter Airlines, La Palma, 60 Thompson in New York and Hollywood’s Roosevelt Hotel Tropicana bar. Newport-Mimran has a design studio in Toronto and a showroom in New York. Pink Tartan has a flagship store in Toronto, and is also carried at upscale department stores and specialty boutiques across Canada and the United States, as well as select stores in Central America, Europe and the Middle East, and online at pinktartan.com.