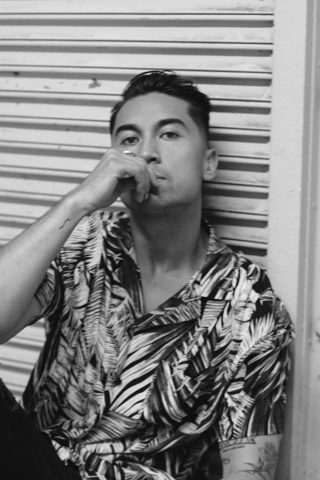 David Kollar, born in Slovakia, arrived in Canada with his mother and sister at a young age. In the early years, he started to become interested in streetwear by purchasing and selling exclusive products he bought online. Kollar has always had a keen eye for design, and a strict attention to detail. At the age of 16 he started his own t-shirt line, styling friends and becoming an aesthetic influencer among his peers. A small dream turned into his first mens cut and sew collection; Kollar Clothing in 2011. In 2013, David Kollar made his first trek to the Liberty Fairs in Las Vegas.

Having launched his first Streetwear line earlier that year, Kollar was looking to make the transition from a small, regional player into an internationally distributed Fashion House. Kollar knew that if he wanted to grow the brand, he’d have to go big. Now in 2018, his dreams are being realized. Kollar went from attending treadeshows to recently doing his biggest collaboration alongside the largest tradeshow in North America, Liberty Fairs. The trip to Vegas was a risk, as Kollar had sold all that he had to fund the venture. But within the span of three days, his gamble paid off. With 30 signed contracts, Kollar Clothing would now be sold internationally. With much interest in the collection, Kollar had a selective eye for which retailers he would allow to carry the brand, in turn keeping the name exclusive.

Within the next 3 years Kollar Clothing began being showcased in sold-out shows at TOM Toronto Men’s Fashion Week, World Master Card Fashion Week and was featured in media ranging from
Espagne GQ to the Huffington Post to prime time American network television shows on Netflix. The self-taught designer, who was inspired by his mother’s talent as a seamstress and motivated by his desire to create great apparel, was rising to the top of the world of men’s fashion. While Kollar’s lines and influence grew, his focus remained the same: to create for the selective.