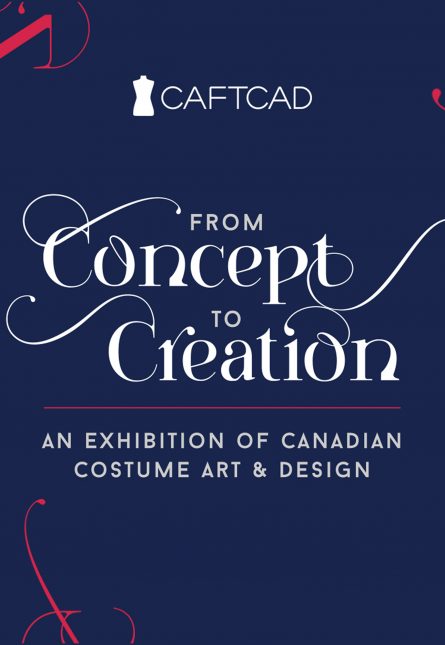 New to this season’s program and in partnership with the Canadian Alliance of Film and Television Costume Arts and Design (CAFTCAD) comes a rare opportunity to visit a display of original costumes and artifacts from notable film and television productions created by members of CAFTCAD. From Concept to Creation: An Exhibition of Canadian Costume Art and Design will reflect the creativity, imagination and meticulous research and technical skills of the country’s costume community. Each item on display represents the costume designer’s vision as well as every member of the costume team that contributed to the manifestation of that vision.

The exhibit is taking place in Yorkville Village and will launch on September 4th.

The Canadian Alliance of Film and Television Costume Arts and Design (CAFTCAD) is the only not-for-profit organization in Canada that exists to enhance the costume arts and design community working in or affiliated with the film and television industry. The organization provides training, networking and exposure opportunities for CAFTCAD members as well as help to promote the talent of costume professionals who work in film and television. Now in its 10th year, the member-held organization consists of over 100 active members, with this number steadily increasing. As well as hosting and organizing a number of smaller events and training opportunities throughout the year, the organization hosts “CAFTCAD Celebrates Costumes”, a large-scale event for 300 invited guests in Toronto. The annual event takes place in September to coincide with the Toronto International Film Festival and includes a number of costume displays from recent productions, regularly with displays for films that are premiering during TIFF.