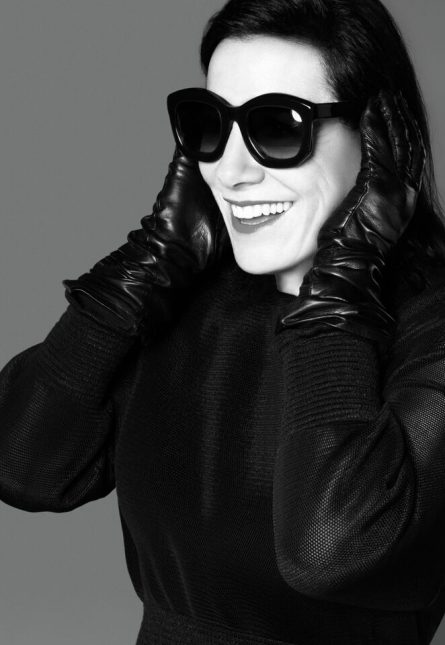 Arianne Phillips is a renowned costume designer, Tony-nominated for Hedwig and the Angry Inch and Oscar-nominated twice for Walk The Line and W.E. Ms. Phillips has also been a repeat collaborator with director Tom Ford, designing costumes for Nocturnal Animals and A Single Man. In addition to her celebrated career, Ms. Phillips is recognized for her collaborations within the world of music—she has a long-standing relationship with Madonna as the costume designer for her global tour over the past two decades. Ms. Phillips will join Petra Collins for an enthralling panel discussion moderated by special guest host Derek Blasberg, fashion writer and host of ‘CNN Style’ on CNN International.

Petra Collins is a multi-talented artist, photographer, filmmaker and leading voice of the New-Wave Feminism movement. Toronto-born and NYC based, Ms. Collins’ work focuses on contemporary femininity, exploring the intersection of life as a young woman online and off.

Mark Guiducci is Vogue’s Arts Editor covering fashion, arts, parties and music for the world’s number one fashion magazine. On September 7, Mr. Guiducci will host a Q&A session with Francesco Carrozzini following the screening of Mr. Carrozzini’s film Franca: Chaos and Creation. The film, directed by Carrozzini, provides viewers with an intimate, behind-the-scenes glimpse of his mother, Franca Sozzani, the legendary editor-in-chief of Italian Vogue.

Our curated selection of Canada’s most prominent fashion designers will be showing over the course of the three-day festival. Designers Hayley Elsaesser, Narces and House of Suri will join previously announced Pink Tartan, UNTTLD, Lucian Matis and Bustle on the runway. Toronto Fashion Week designers will showcase either next season’s looks on the runway or showcase see-now-buy-now pieces.

The Bloor-Yorkville Business Improvement Area is pleased to be recognized as a community partner of Toronto Fashion Week.

Our full schedule of events will be available in late August. Sign up for our e-newsletter to receive the latest updates.