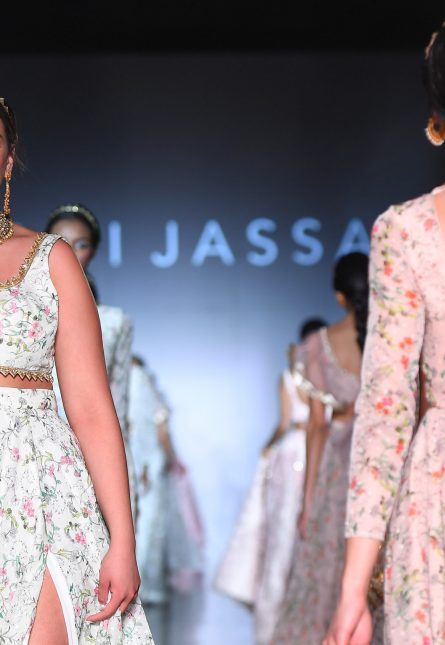 From a futuristic French twist to negative-space eyeliner, the most intriguing beauty looks at Toronto Fashion Week F/W ’19 were both highly creative and immediately covetable.

We caught up with the creative minds behind the season’s hair and makeup looks—Jorge Joao, Global Redken Artist, and Simone Otis, P1M makeup artist and spokesperson for beautyBOUTIQUE by Shoppers Drug Mart, respectively—to find out the inspiration, must-have products, and key techniques behind five of the season’s most intriguing looks. 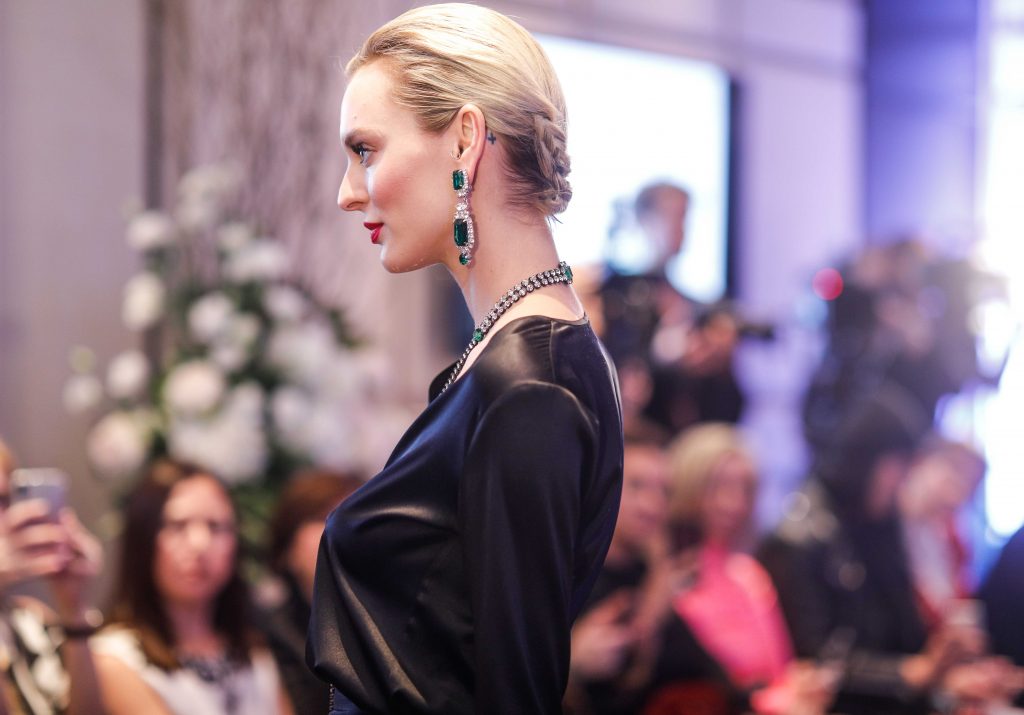 Elegant and timeless, the beauty look at the ZOFF + Alan Anderson presentation featured a glamourous red lip—Otis used Smashbox’s Be Legendary Lipstick in Infrared and describes it as a “very raspberry red, which I find is nice on everybody”—and what Joao calls “the classic pull-back bun with a bit of an edge” and rope-effect side sections. To create a clean-looking bun, Joao recommends using Redken Powder Grip 03 to add grit and texture while you’re working with the hair, and Fashion Works 12 spray to hold the look in place. 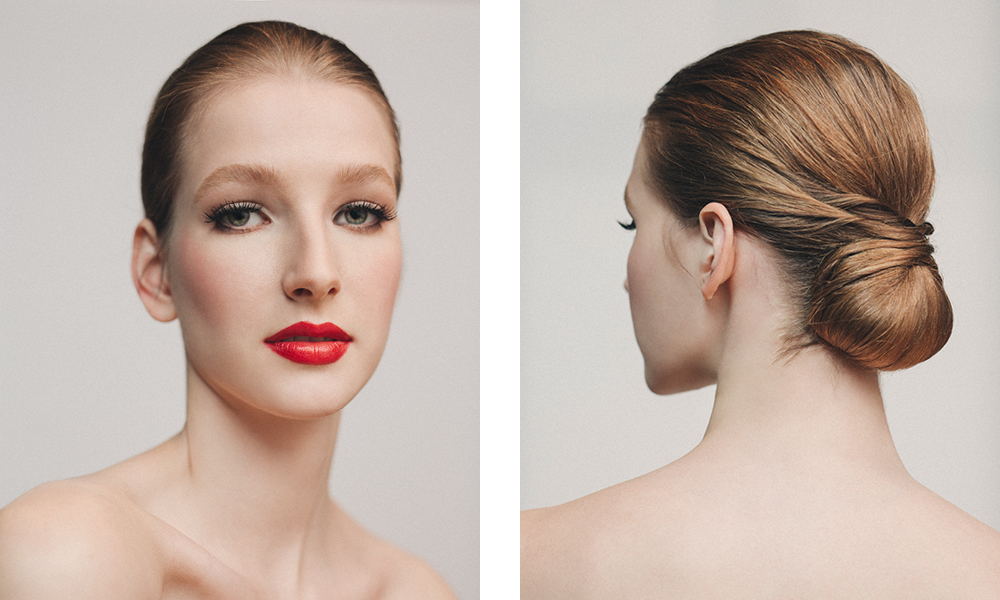 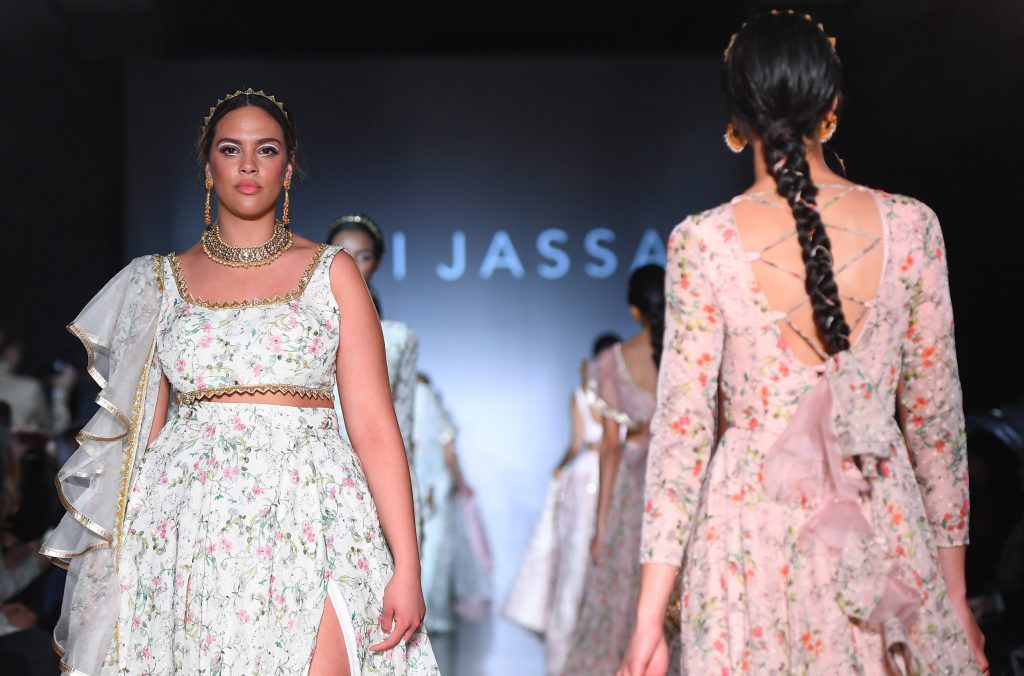 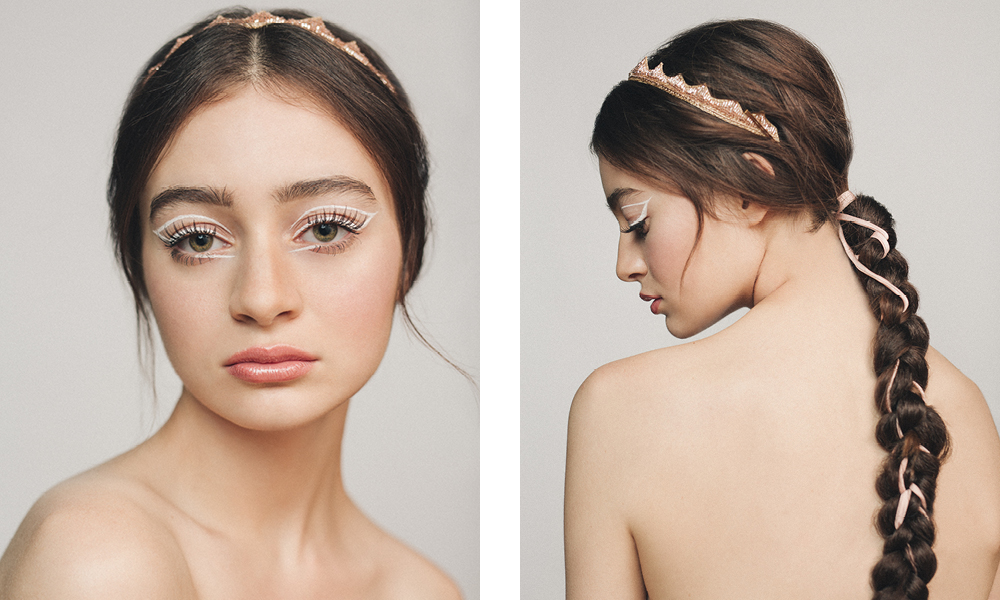 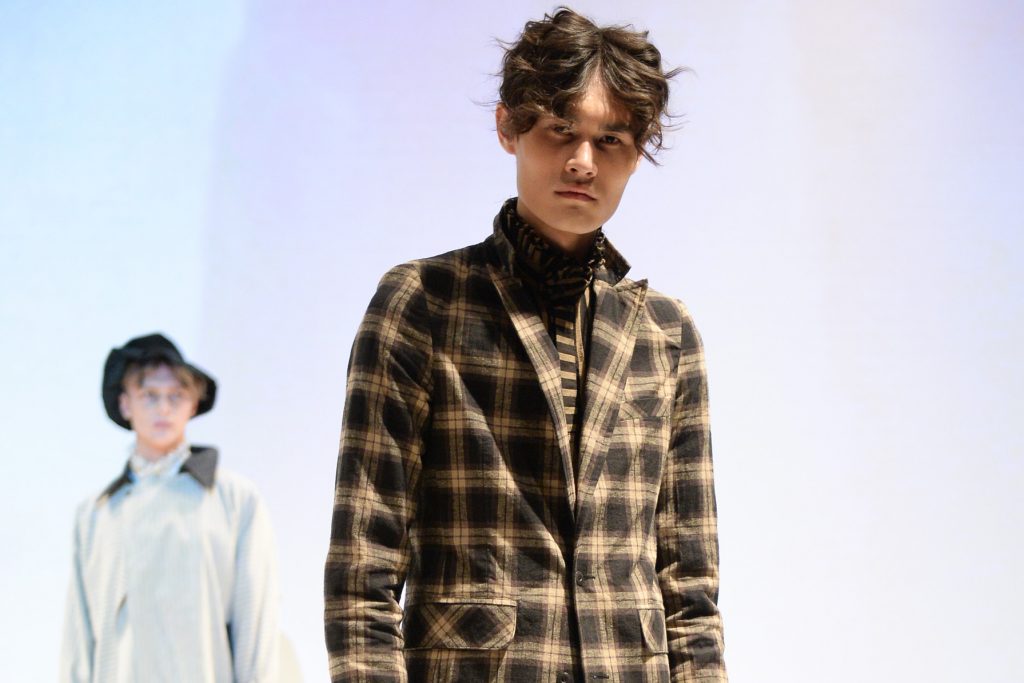 Featuring a mostly male cast of models, the look at Thomas Bálint’s Fashion Environment presentation was androgynous and slightly romantic. “We’re working with a really straight centre part and giving them this kind of soft wave,” says Joao. “For the guys with longer hair, we’re giving them that messy, disheveled type of bun.” The waves were created with a 3/4-inch curling iron, sprayed with Redken Fashion Waves 07, then brushed out with a wide-tooth comb for a lived-in look. The minimal makeup palette included Shiseido Cream Eye Colours in BL722 and BR727, and the addition of an exaggerated lip line on a few of the models using Smashbox’s Liquid Eyeliner. 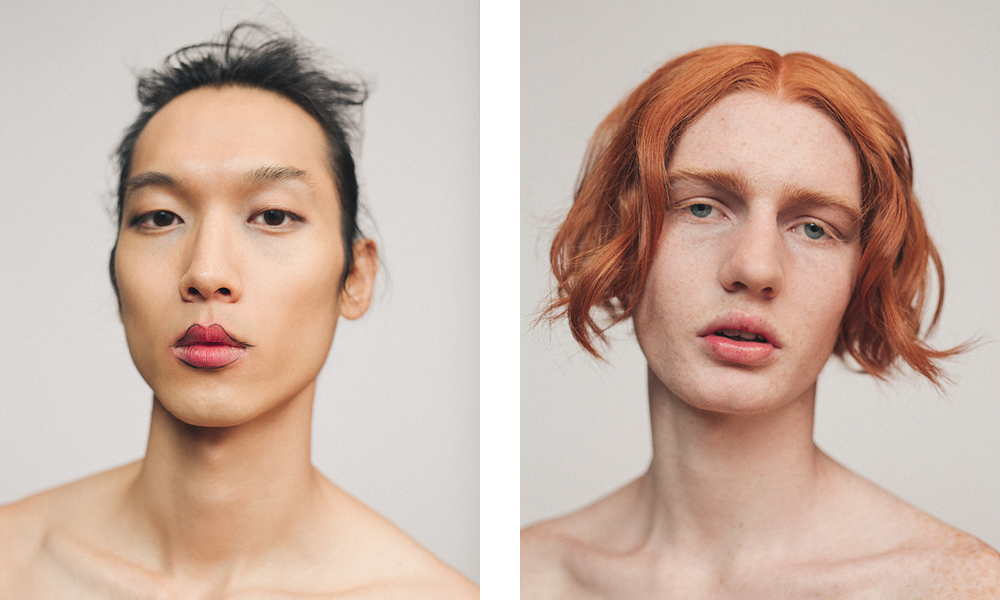 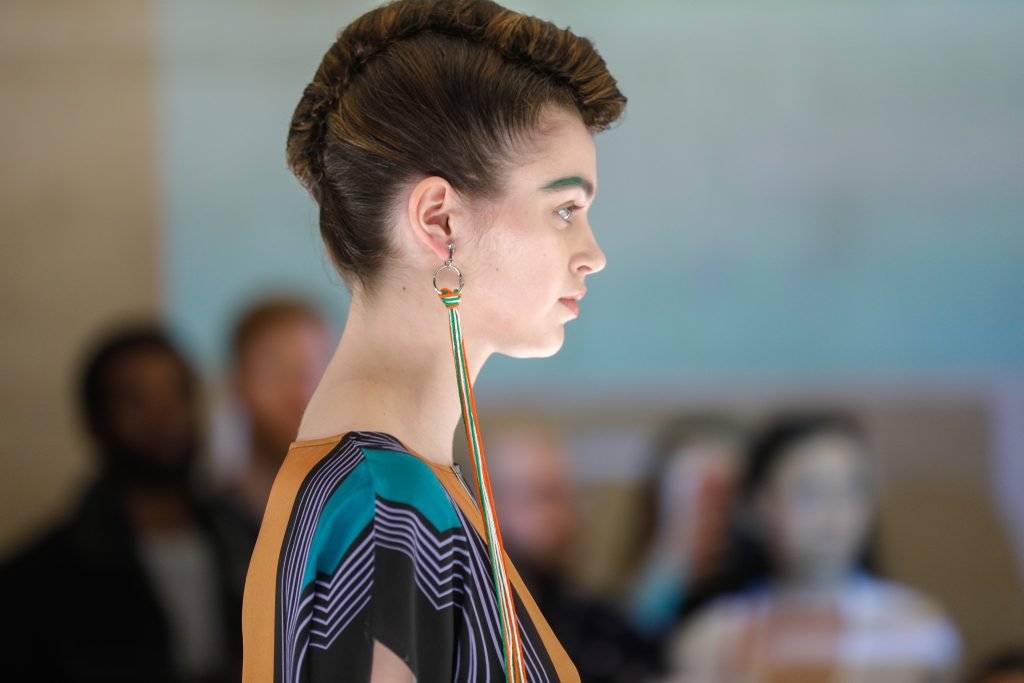 At the Gardiner Museum, Zoran Dobric’s futuristic “KOHAZE” collection was paired with what Joao describes as “a French twist that goes all the way from back to front,” created and rolled with the help of Redken Guts 10 Volumizing Spray, along with a polished makeup look that also happened to feature fantastic, green-tinged brows designed by Otis. “I’m mixing a bunch of green colors together,” says Otis, who worked with Urban Decay Pencils in Mildew and Junkie. “But I think for the consumer it’s just [about] experimenting.” 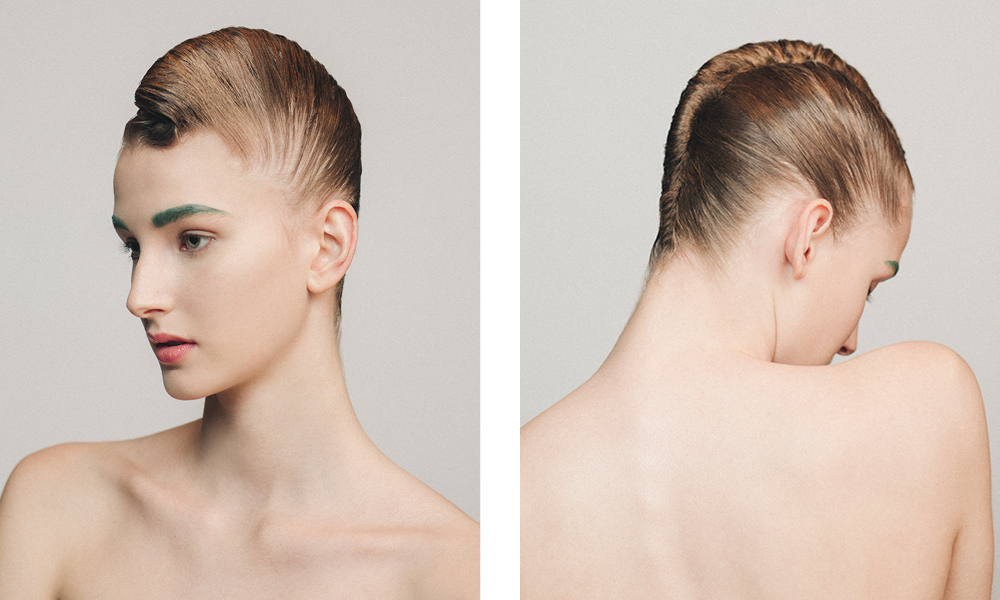 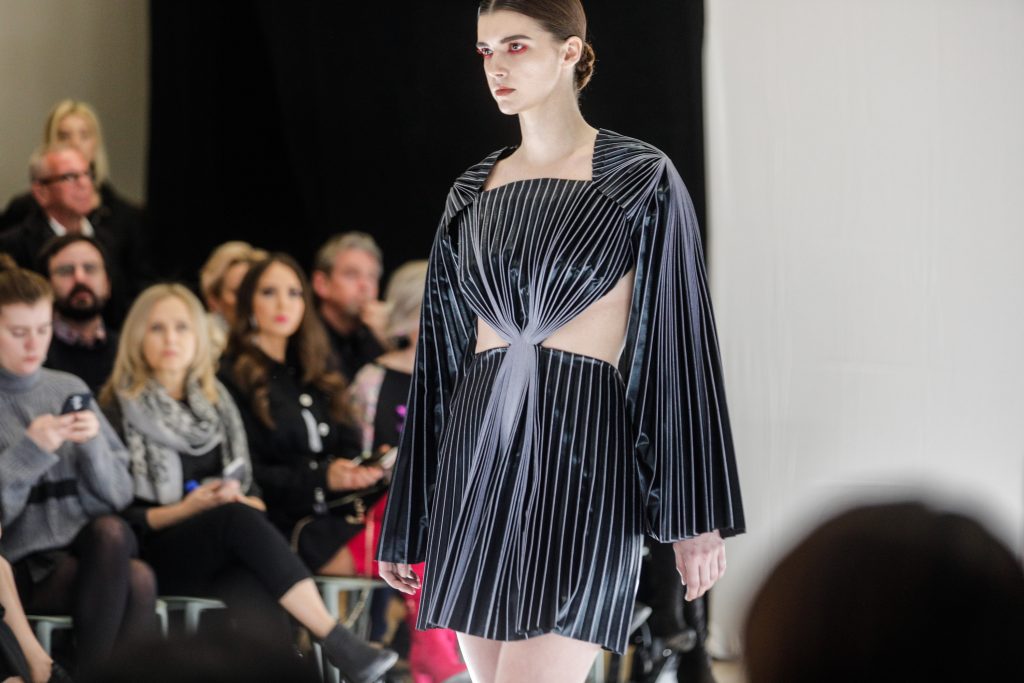 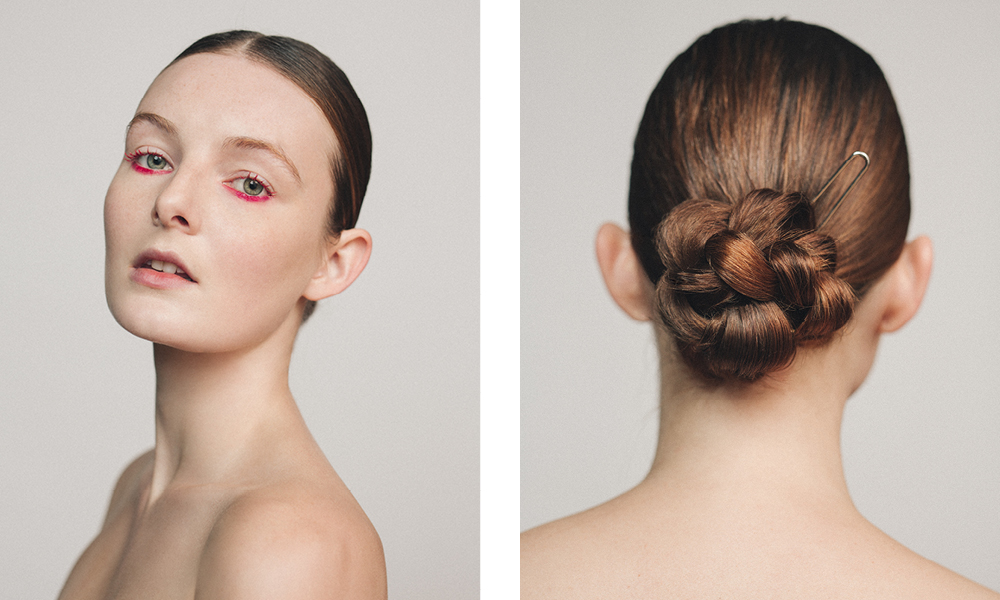